The understanding of quantum phenomena in the past century had laid the foundation for the major technological breakthroughs which took us into the Digital Age. Such understanding during first quantum revolution was essential for the development of solid-state transistors and other semiconductor devices, organic electronic materials, lasers, superconductors, atomic clocks and sensitive detectors etc.. Nearly all aspects of our daily life have been transformed by quantum technologies.

After more than a century of development, we are now at the brink of the second quantum revolution. Beyond understanding and harvesting quantum phenomena at the macroscopic and mesoscopic scales, we are marching into an era in which new quantum materials with exotic properties can be designed, predicted and tested; atoms, ions, and photons can be manipulated in small ensemble or even individually; and small clusters of qubits can be precisely controlled to run small-scale quantum programs. We are moving beyond our roles as passive beneficiaries of the wonders of quantum mechanics and becoming skillful quantum scientists/engineers who operate at the quantum scale to fabricate devices with new functionalities, develop detectors with unprecedented sensitivity and precision, and build quantum computers which can outperform their classical counterparts by an exponential speedup.

The Center for Quantum Technologies serves as a platform for faculties with different strengths to collaborate. The Center also serves as a regional (the Greater Bay Area region) and international hub for hosting international conferences and visitors. 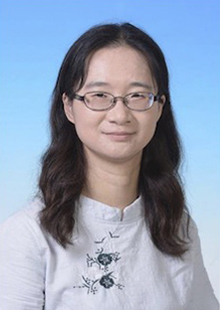